BLDC Fans comes with extra features like SMART REMOTE with Boost, Sleep, Speed Control, Timer mode based on it’s cost. BLDC Fans consume only 28 Watts (on Full Speed) compared to Old Brushed Fans that can consume more than 78 Watts. Also, these Old Brushed Fans can get degrading due to its mechanical friction and Heat. These disadvantages are eliminated in BLDC Fans.

Power Shutdown for a Day will be painful when your Inverter runs out of charge. Now you can save electricity bills as well as more runtime on Inverter with Energy Efficient Atomberg BLDC Fans with Remote. Sinox BLDC Fans were available in DC Only in the past and now they introduced Sinox Hybrid BLDC Fans that runs both AC and DC.

What are BLDC Fans?

In a Motor there are two important parts called stator and rotor. By making the poles opposite, the magnets will repel each other and we follow this process to make complete rotation. In traditional motors, the stator is permanent magnet and rotor is a temporary magnet (coil). There is a brush placed in a way that energize these magnets to repel the rotor.

In BLDC Motor, the stator is temporary and rotor is a permanent magnet. There is no brushes required for BLDC motor. A 3 stator coils placed in this motor as stator and this can be controlled by a PWM Signal using a microcontroller. The permanent magnet is a rotor. Hence we can set an accurate torque and also it is energy efficient.

Because of these advantages, BLDC Motors were used in Washing Machines, Air Conditioners, etc. You might have heard about Energy Efficient ”Inverter Washing Machines” that actually uses BLDC Motors. Now it is getting adopted in fans too.

In States like Tamilnadu, you can save even more on electricity as there is Free Electricity up to 100 Units. The Electricity is usually calculated at a slab rate (in TN, not sure about other states). So even 1 unit higher than a limit cost you to pay the total bill at a higher rate. Example: If you consumed 201 units you need to Pay ₹ 603 ( ₹ 3/unit) a 1 unit less than 201 units will be ₹ 402 Only (2/ Unit). that means you Saved ₹ 201 simply. That is additional saving apart from BLDC Fan Savings.

BLDC Fans are energy-efficient technology by eliminating brushes and commutators. Hence, Friction created by brushes is eliminated. Also, these fans not have rotating coils, the coils are fixed to ensure more torque at less current.

Atomberg Fans are Awarded by United Nations, WWF & Government of India for the Innovations; Atomberg was Formerly known as Gorilla.

SLEEP MODE
Decrease the fan speed by 1 after every 2 hours. Worry Free Sleep during winter Seasons.

TIMER MODE
Turn OFF the Fan Automatically with 1,2,3,6 and 9 Hours Time.

UP TO 20 FT.
Operable distance

Atomberg Technologies is a VC backed company started by a group of IIT & IIM Graduates. Atomberg believes that Indian Consumers deserve better and hence have entered the space of building Smart & Energy Efficient appliances that stand upto the global standards. Atomberg Efficio Ceiling fan is the first product launched by Atomberg Technologies. The fan is based on BLDC technology which stands for brushless Direct Current Technology. The fans can be connected to the regular AC supply that is distributed in Major Indian households; however, the fan internally runs of 24V DC. Due to the use of BLDC Technology the fans consume only 28W on the highest speed & as low as approximately 6W on the lowest speed. Compared to an ordinary Induction based Ceiling fan, Atomberg Efficio can save up-to ₹ 1500/ Year on your electricity bills. Atomberg Efficio runs 3 Times longer on an inverter battery when you compare it an ordinary Induction Based Ceiling Fan. The fans run at a consistent speed even in case of a major voltage fluctuation. The fans are constructed from an Aluminum Alloy which makes the fans & the blades rust free. Atomberg Efficio ceiling fans are controlled with a smart remote which has features like Boost mode, Sleep Mode & Timer Mode. Boost mode enables the highest speed of the fan, the fan speed is reduced by 1 Step every 2 Hours when you use the Boost Mode, the timer is an OFF timer, which turns the fan OFF after set number of hours. The bearing used in Atomberg fans is a Z+ Shielded double ball bearing, Atomberg Efficio 12000MM fans can be used in Luxury living rooms, large rooms & Houses. The motor has no humming noise. Operable distance using remote : UP TO 20 FT

Note: This Model BLDC Pedestal Fan doesn’t turn ON Automatically after a power cut. It might be difficult during night times. They will fix this in its future version hopefully.

Thank You and Please use the given links before the purchase as I will get a small referel fee without costing you Extra, that will help me to maintain the site. I will consider it as a Thumps Up for keep posting valuable contents like this in upcoming future. 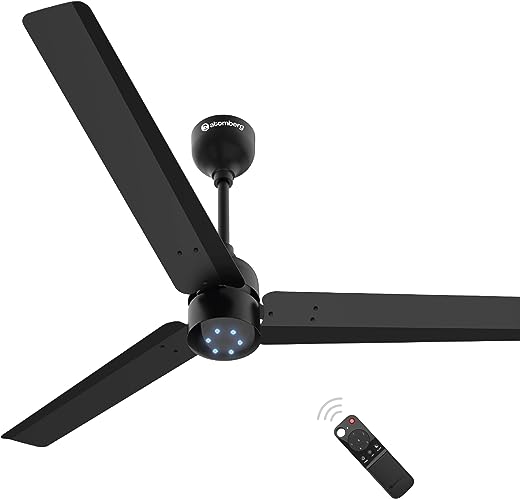 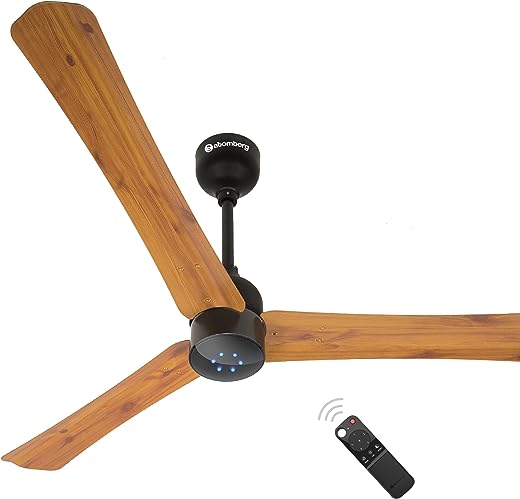 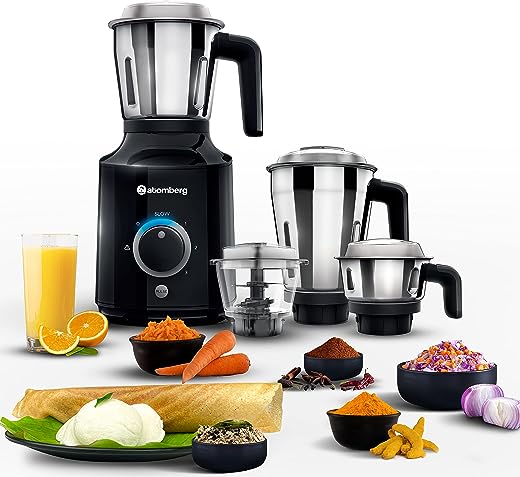 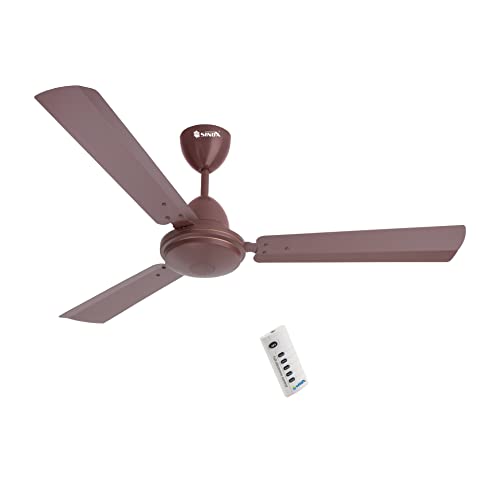 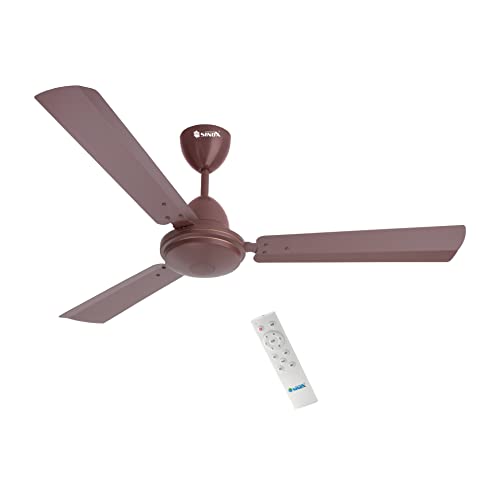 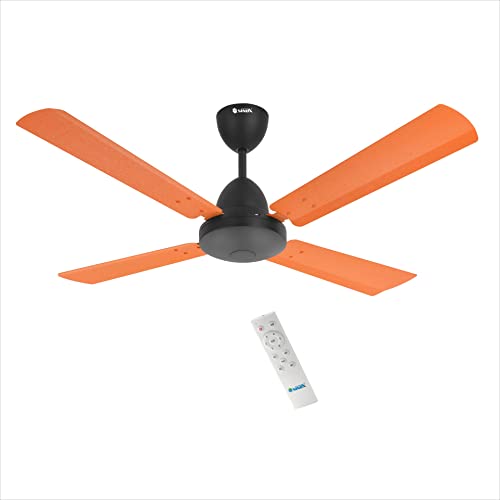 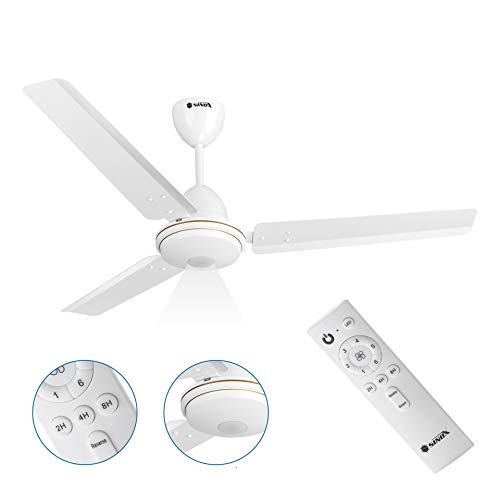